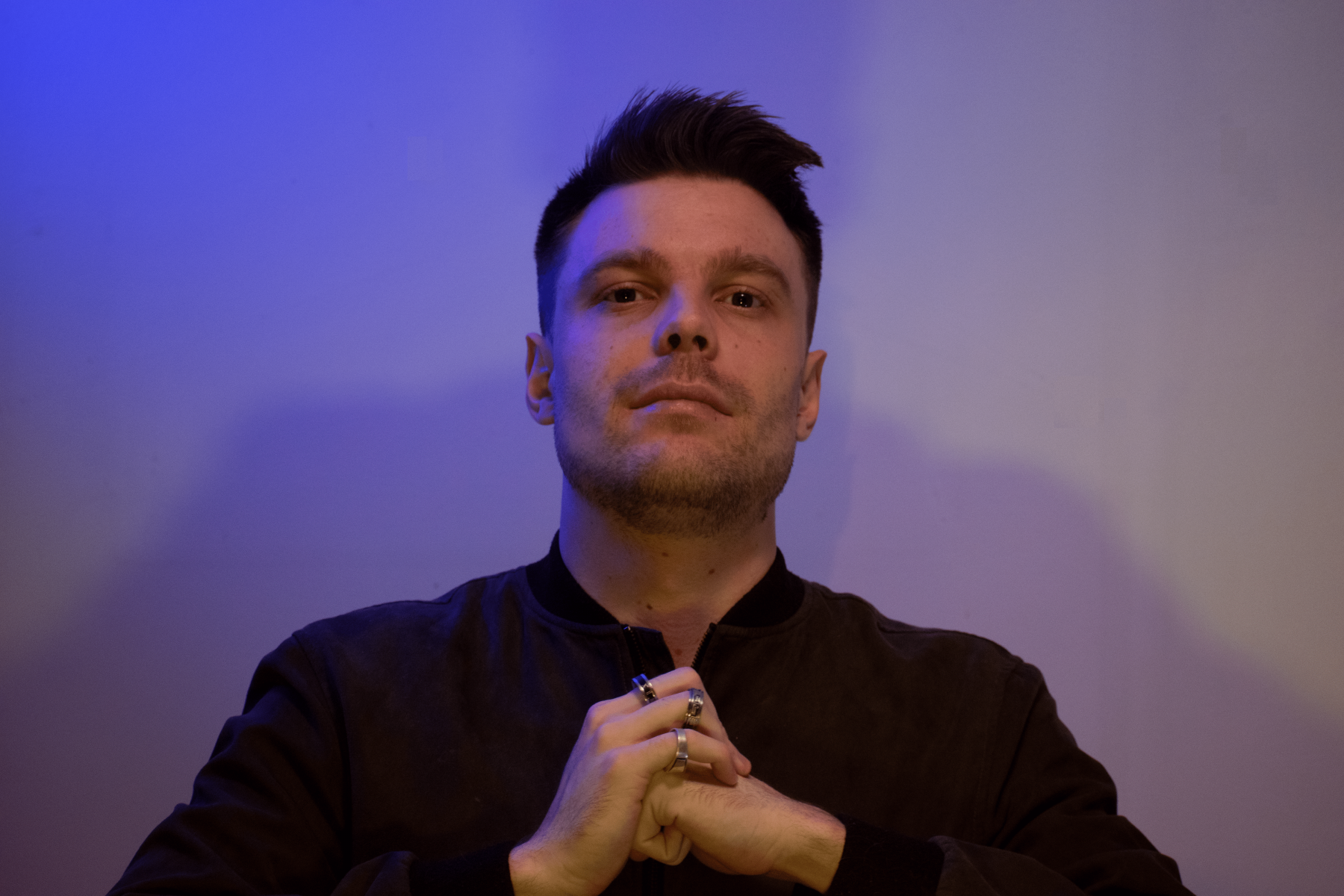 With his new album Gin Habits, NUFFJAH executes a powerful statement of intent.

NUFFJAH, moniker of Melbourne-based artist Ben Arthur, has been making waves throughout 2020 with an intoxicating flow and biting lyricism; the release of his album indicating that he is only just getting started.

Released back in June, Gin Habits is a dark and sprawling slice of experimental hip hop. Spanning 12 unique tracks, NUFFJAH has tapped into an eclectic mix of sounds to produce his debut, inspired by a smorgasbord of influences.

“Kendrick Lamar was a big one, he has a certain way of making his lyrics tell a deep story, while still being entertaining,” explains Arthur.

“MF DOOM was a huge influence, the way he can take you to the streets of Brooklyn in the ’90s, as was Hilltop Hoods, who weren’t afraid to be unique and blaze a trail for their own sound.”

Also citing Earl Sweatshirt, Frank Ocean, and Flume as influences, each song provides an emotive look at how NUFFJAH approaches his craft. With a cinematic style of songwriting, themes of early exposure to drugs and love surge through the album.

“I felt like I was growing as a person as the album came together, a lot of the songs are me thinking about certain topics and coming up with answers for myself. I’ve had two people in my life pass away from alcohol addictions so I was writing to them a lot, and to anyone that might be going through the same.

“Every song on the album has a message behind it, and overall the album is about how a simple habit becomes an addiction without even realizing it, and the influence that can have on other people.”

With a strong overarching message, the album is championed by effortless lyrical flow, immersive beats, experimental soundscapes, and lashes of electronica which sees NUFFJAH crafting a sound that’s not quite like anything else currently making the rounds.

Raised in Darwin, a place that spawned the likes of Caiti Baker, DT3, Jessica Mauboy and VASSY, the album is a long time coming for the young artist, who has been delving into performance since the tender age of ten years old.

From listening to Red Hot Chilli Peppers and pretending to be the imposing frontman Anthony Kiedis in the NT, to making the move to Melbourne, it’s clear his hometown’s speckled music scene has played a large part in shaping his incredibly unique blend of hip hop.

“In Melbourne, there’s a bigger audience but people are more likely to stick to their tastes. In Darwin, there’s one bar  – Happy Yes – that’s ‘alternative’, which includes heavy metal, hip hop, country and everything in between and then there’s a few other venues that host standard sounds. I feel like that has influenced my music to be non-traditional.

“Melbourne has forced me to raise my quality standards though, it’s a high bar to compete with here.”

Already releasing music videos for album tracks ‘Poison Ivy’ and ‘Bored Kids’, ‘Gin’ is NUFFJAH’s latest music video. An ode to Kendrick Lamar, ‘Gin’ stands as a reflection of chasing happiness; drinking and having fun as a way of managing the grief of a lost relationship.

Coinciding with the Melbourne lockdown, the video is also a nod to the simple things we all craved during a time of mandatory isolation – things like drinking reasonably priced beer in the back garden, playing Uno and enjoying the sun.

“The song was a post-break-up song, written when I was getting over an ex,” he reveals.

“Our instinct is to search for advice and talk things out and most of the time nothing anyone says is going to make it feel any better, but having a good time and new great memories will give you something to be happy about. The music video was about capturing what for me was those memories I had.”

Captured by Ed Bellamy and staring local models to support the industry during a time of turmoil, the music video echoes the antics of an intimate house session, fuelled by alcohol, joints, banter and good vibes.

“I wanted to use as many local artists and influences as possible as a means to support others, as it’s a great opportunity for local talent. To film, the cameraman [Ed Bellamy] was someone who’d worked in Hollywood on ‘Ghost in the Shell’ and ‘Mission: Impossible – Fallout’ and had lost the ability to work for a whole year at the pinnacle of his career.

“The models were all local talents who were looking to get their faces out there and have been hit really hard by the pandemic.”

Although the album clocks in at only 30 minutes, the emerging artist is successful in creating a completely immersive sonic universe, challenging everything you thought you knew about Australian hip hop. Once you dive into his dark, sprawling sounds, you’ll never want to leave.

Gin Habits is out now. You can listen to it here.