Interview: Teen Jesus and The Jean Teasers on playing live at the Bowl and the stigma of ‘girl bands’ 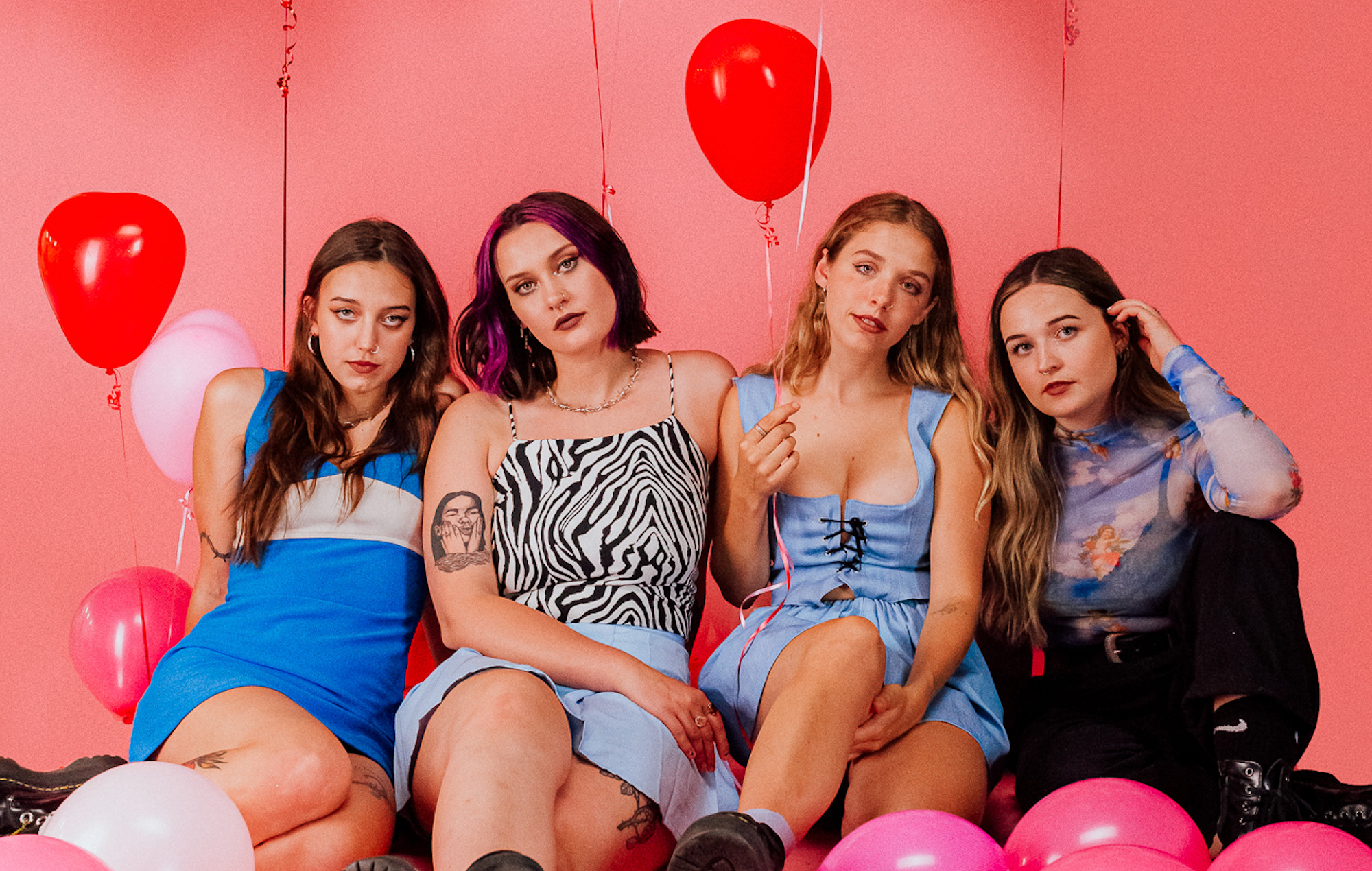 The rapidly rising Australian punk rock stars will join Dune Rats and Beddy Rays for all-ages Live at the Bowl gig this weekend.

2022 has kicked off to a blistering start for Canberra-based group Teen Jesus and The Jean Teasers. Having already impressed festival crowds nationwide over the summer, the band now have their eyes set on the group’s most monumental move yet: releasing a full-length release.

“I’m actually so excited,” says the group’s guitar player Scarlett McKahey, “It’s really strange to have something proper that we are actually releasing because until now we have only really done singles here and there. Especially after Covid, it just doesn’t really feel like something that can happen so I’m really excited.

“It’s definitely the thing we have worked on the most, probably in our whole lives. We’ve really put our all into it which is really nerve-wracking, but I also feel like we are at this point now where we don’t really care what people think of it because we really like it.”

With their single from last year ‘AHHHH!’ already sitting at over a million streams and their newest single ‘Girl Spots’ looking in good stead to do the same, it seems Teen Jesus are quickly becoming one of the hottest bands in the country at the moment. Although, considering they are gearing up to release their debut EP ‘Pretty Good For A Girlband’, that doesn’t seem like a fair analysis. Because at this point, there’s no telling of the scope that Teen Jesus will attain, especially considering they are already getting noticed by the likes of The Foo Fighters and Dune Rats and have recently signed to James Tidswell’s label Domestic La La.

Expanding further on their forthcoming EP ‘Pretty Good For A Girlband’ and its change in style, Scarlett said, “I don’t think we’ll go too far from our roots and what we like to write about, which is kind of teenage, like cringe stuff, ya know, like cute stuff. But then now we are also kind of sick of being treated a certain way all the time. So we’re kind of getting into our angry stage of ‘STOP CALLING US A CHICK BAND,’ but then also that whole, ‘awhhhhh, love you’ side.

“There’s a good balance in the songs because there are five songs on the EP and everyone has a different tone to it.”

With the EP title being a protest against the macho bullshit attached to the male-dominated world that is the music industry and ‘Girl Sports’ being a response to a male dentist who once told the groups bass player Jaida to stick to “girl sports” after knocking her teeth out skating, it seems clear that the debut EP ‘Pretty Good For A Girlband’ is much more than a collection of songs, instead, it’s a statement.

“I think the biggest thing that we want people to take away from it is that we just want to be taken seriously, I think this EP really does that,” states Scarlett.

“Like I said before, we have really put our all into it and then even the title being ‘Pretty Good For A Girl Band’, we just don’t want to be known as that. I mean, we’re a band, not a girl band.

“We’re not trying to cancel anyone or get mad at anyone, we just want to make people think a little bit or even to just think ‘oh, Teen Jesus are good’ and not ‘good for’.”

When discussing the labels that the band get lumped with (with one recent review even commending Violent Soho for taking a “group of girls” who “lacked experience” on tour with them), we discussed the notion of ‘boy bands’ and how they differ from the stigmas attached to ‘girl bands’.

“I actually love the term ‘boy band’, but then you think about it and it’s like, well is Dear Seattle a boy band? Yes, they are.

“I’m just going to start referring to all-male bands as boy bands because if you can’t beat them, join them,” she laughs.

With their national headliner tour for ‘Girl Sports’ being announced for later in the year, it may be a little while until fans get to see all five songs live. Luckily though, Teen Jesus and The Jean Teasers will be in Melbourne this weekend, hitting the stage this weekend at the Sidney Myer Music Bowl for an all-ages show alongside some of their favourite ‘boy bands’, Dune Rats and Beddy Rays. Curated with the help of the All-Ages Live at the Bowl Events Team – a committee of the next generation of music industry professionals – this event gives young people the opportunity to experience live music at a low cost in a drug and alcohol-free environment.

“It’s so funny because we have actually only recently bonded with Dune Rats after This That Festival and let me tell you, I’m also surprised that it’s an alcohol-free event because we were all definitely getting on it at the time, there were lots of beers going around. So it’s pretty funny that the first show that we are playing with them is ‘all ages, no alcohol’.

“We’ve never played Sidney Myer as well so that will be amazing and we’re playing with Beddy Rays as well who are another ‘bestie boy band.’ I’m really keen for it.”

Live at the Bowl takes place on Sunday, April 10 2022. Tickets to The Push all-ages event are on sale here.

Pretty Good For A Girl Band is set for release May 13, 2022 through Domestic La La Records.