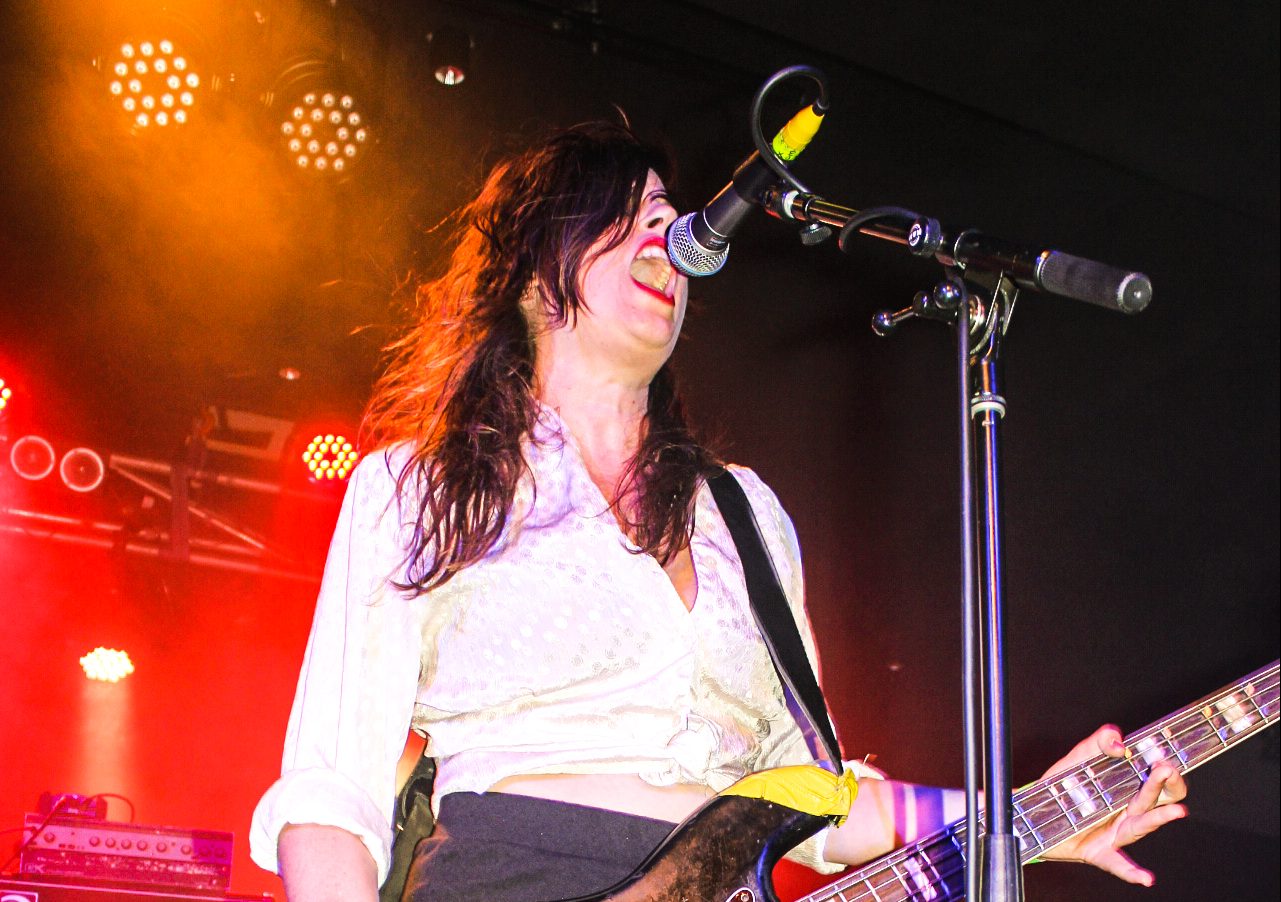 TFS left no prisoners when they came to The Croxton to launch their new album, Braindrops.

If you’re wondering why Tropical Fuck Storm named their latest record Braindrops, it’s because that’s what’s left splattered on the walls after a TFS live onslaught.

By the time they reach the stage, it has been sufficiently warmed by the assault of All The Weathers, whose set resembles musical chairs with the way its three members swap and change instruments, and the stage diving, spit-flying antics of Surfbort that has the entire joint foaming at the mouth.

“What a pack of cunts,” sneers frontman Gareth Liddiard when thanking the latter, grinning at the band who are gathered on the side of the stage.

After opening with their cover of Lost Animal’s ‘Lose The Baby’ and ‘Chameleon Paint’, Liddiard makes it known that his guitar has seen better days. The disclaimer is hardly necessary – the thing is more tape than not, which isn’t surprising considering the belting Gaz gives it.

He explains that it’s a little out of tune due to its current state, before adding, “You probably can’t tell. It all sounds out of tune”.

His advice? “Deal with it”.

And on they charge.

New tracks ‘Who’s My Eugene?’ and ‘Braindrops’ hold up against setlist favourites ‘You Let My Tyres Down’ and ‘Soft Power’, while a B-side cover of Divinyls’ ‘Back To The Wall’ makes an unexpected appearance.

Despite the crowd having been a pit of flailing limbs for Surfbort, things had somewhat tamed by now – likely a product of TFS’ all-consuming energy which has the effect of completely stopping time and momentarily causing you to forget that anything but their music exists.

Near the end of their set, Gaz’s gat falters completely and he throws it aside. Instead, he sits at his control deck of pedals, twisting and pushing knobs and buttons to elicit the squeals of his rogue guitar.

All the while, Lauren Hammel just about smashes her kit right through the floor with each thunderous blow as Dunn alternates between her synth and guitar and Fiona Kitschin plucks at her bass with an effortlessness that just oozes cool.

After wrapping up and taking a brief intermission, TFS return to the stage sweaty and out of breath. Hammo hands out stubbies of VB while Gaz explains that we’ll need to wait a moment while he gets his guitar in order – using the opportunity to tell a truly awful dad joke – before they bring things down a few notches for their last track.

While ‘Maria 63’ is comparatively restrained in terms of their discography, it quickly builds into another wall of screaming reverb and chaos; a final blow that knocks any last gasp of breath you had from your chest.

When TFS finally say goodnight and the house lights come on, it’s like being shaken awake during a sleepwalking episode. Completely disorientated, we all just sort of stumble out of The Croxton, wondering what the fuck just happened.

Highlight: TFS could not have picked better supports to build the mood for their set. Daggy hairdos and kitsch getups: Client Liaison dazzled Melbourne with a party for the ages