RISING, the new major cultural festival taking over Melbourne, has just announced its much-anticipated 2021 program, and it’s abundant to say the least.

Across 12 days from Wednesday May 26 until Sunday June 6, Melbourne will come to life with art, music, performance and ceremony – an event boasting 133 events and projects, including 36 world premiere commissions, and featuring over 750 Victorian artists.

So, without further ado, here’s our breakdown of the festival program – detailed realm by realm.

Flinders Street Station has many rooms inside its four walls, most of which haven’t been seen by the public eye. One such space – the station’s mystical ballroom – has been hidden for decades. But not anymore.

In her first major Melbourne undertaking in almost 20 years, revered Australian artist Patricia Piccinini has transformed the room through A Miracle Constantly Repeated – an immersive multi-sensory experience that will take over the entire top floor of the heritage building, presenting a walkable eco-system of hyper-real silicon sculptures, video, sound and light.

A 200-metre-long glowing eel will snake its way along the banks of the Yarra River as part of new installation Wandering Stars. Comprising hundreds of community-made lanterns created by internationally-revered public art group The Lantern Company, punters will be encouraged to coast along the river’s banks and connect with First Peoples’ knowledge of the land, sea, sky and river on which we all live.

Further down the river, small groups will be ferried to the mysterious Herring Island, through the dark and into obscurity, where they’ll partake in a sonic bathing experience transcending space and time. Flow State is courtesy of sound artists Sarah Retallick and Amanda Roff.

Here it is – RISING’s music program. The festival’s music curator Woody McDonald, the whimsical past mastermind of Golden Plains and Meredith, has diverted his smarts to the realms of the Comedy Theatre, where a bunch of special music collaborations, one-off performances, and even some international visitors will take to the space.

Get amongst these list of names performing at the venue throughout RISING (listed in no particular order):

And performing at Max Watt’s:

Note: there are other live music events happening in other realms of RISING, but the large majority will occur in Midtown.

Mess Hall will transform the Melbourne Town Hall into a bustling hub for concept-driven food and beverage experiences from some of our most well-known chefs.

As part of this, there will be inventions courtesy of nightly banquet and four-course eating experience, The Dinner Party, the Cantonese-inspired Late Nite Yum Cha, a reimaginative dining transformation of the broth, titled The Stock Exchange, and Tjanabi, which will see the Town Hall come to life with N’arweet Dr Carolyn Briggs AM’s legendary restaurant of the same name – an exploration into ancient First Peoples culinary traditions.

Coming to Sidney Myer Music Bowl is the transcendent The Wilds. For this, the iconic amphitheatre will be transformed into a supernatural forest of ice, art, music and moonlight with which punters can explore and commence their own adventure. It’s the only jungle where you want to get lost. Luke Jerram’s mesmerising Museum of the Moon will make its appearance as part of this installation.

At Arts Centre Melbourne, Geelong’s Back to Back Theatre will be restaging two of their most notable works, Food Court and Ganesh vs The Third Reich. At Hamer Hall, late great songwriter Dr Gurrumul Yunupiŋu’s posthumous album, Djarimirri (Child of the Rainbow), will be celebrated with the tribute concert Buŋgul, performed by Yolŋu dancers and songmen, alongside the Melbourne Symphony Orchestra.

Elsewhere, Pendulum will see percussive artist Matthias Schack-Arnott and acclaimed Australian choreographer Lucy Guerin team up for an epic performance installation at the NGV. Then there’s Augie March, celebrating the 21st birthday of their seminal album, Sunset Sounds, with a special performance at Melbourne Recital Centre.

There will also be events taking place at Malthouse Theatre, the Royal Botanic Gardens Melbourne, and beyond, within ‘The Arts District’ region of RISING.

Melbourne’s Chinatown, in the city’s epicentre, will become the setting for a bountiful exhibition of experimental video, performance, installation and large-scale projections.

Elsewhere, there’s the naturist discotheque Club Purple – a non-sexual shedding of inhibitions from Australian artist Stuart Ringholt – and the hearts of the people are measured by the size of the land from Olivia Koh – a expansive video art installation of seven collected works exploring a shifting and multifaceted vision of Asian cultures.

Spotting up all across the city will be a host of pop-up events at various venues. There’s Yung Lung courtesy of the ingenious dance company Chunky Move, which will see dancers stomp on a god-like effigy by artist Callum Morton, as an avalanche of online imagery manipulated by music video director Kris Moyes rains down. This will go down at a secret Melbourne location.

Then there’s internationally-acclaimed theatremaker David Woods, who brings together an alliance of 30 collaborators from Victorian, Cantonese, Syrian, Bundjalung, American, Yemeni, Greek, Gamilaraay, British, Chinese, and other backgrounds, to transform three floors of The Substation into a choose-your-own performance installation titled THIS.

And that’s just the start – with many other multi-disciplined events across theatre, art, film, dance, and more, Melbourne will mutate into an otherworldly behemoth like none other.

RISING hits Melbourne from Wednesday May 26 until Sunday June 6. Check out the full program here. 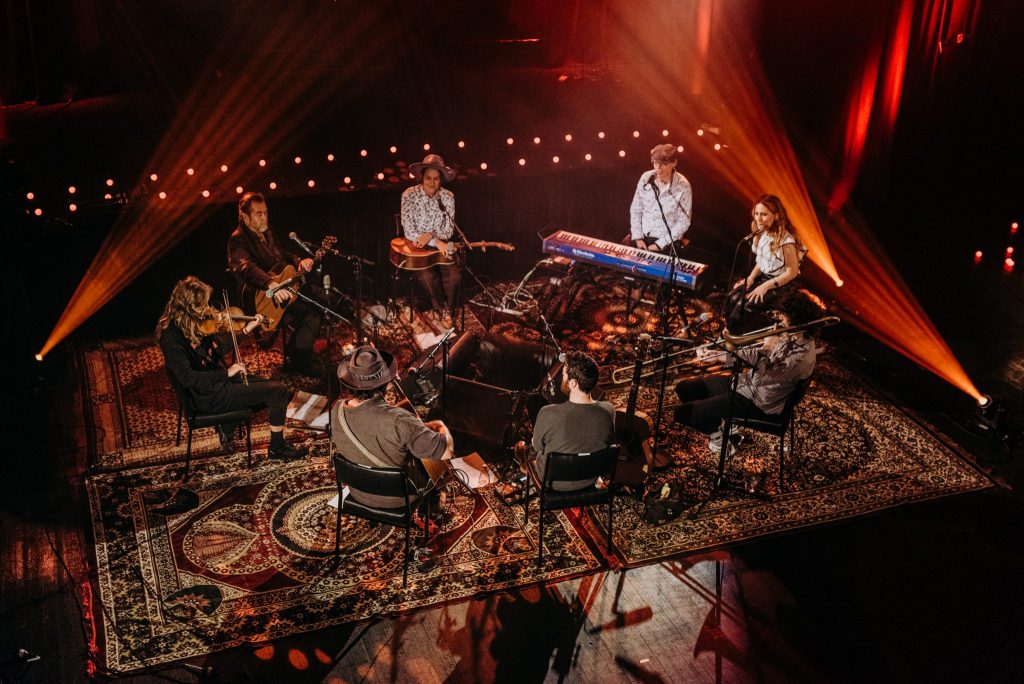