Gender equality in the music industry: where do we stand and what needs to change? The music industry hasn’t been exempt from the insidious nature of gender inequality.

There are women smashing the glass ceiling every damn day of the year, but International Women’s Day is our chance to celebrate how far we’ve come in the fight for gender equality, and reflect on how much further we still need to go.

Back in 2017, the University of Sydney’s Women, Work and Leadership Research Group published a report that found women in the music industry were “chronically disadvantaged” against their male counterparts.

The report found that women were paid less than men, female artists were outnumbered on festival lineups, held less industry roles and were underrepresented on the boards of all peak industry bodies. It wasn’t for a lack of women out there trying to make it in the music world either, with females making up 45 per cent of all qualified musicians and music students.

This came a year after triple j’s Ange McCormack did her own dive into gender inequality in the industry, publishing the first By The Numbers report, which is now an annual compilation of data. It started out as an investigation in the name of International Women’s Day, where McCormack confirmed what most of us already knew – that women weren’t getting the attention they deserved.

The findings from both of these reports were undoubtedly disappointing, but sadly, not surprising. The music industry has long been somewhat of a boys club, dominated by male artists, stakeholders, sound engineers, booking agents, roadies and more.

That’s not to say that women haven’t made their mark in the music world and there’s no shortage of impressive females out there –  Sampa The Great, Tkay Maidza, Thelma Plum, Amy Taylor, Vera Blue, the list continues – but they’ve always been grossly overshadowed by their male counterparts.

So, what have we been doing to change this?

Over the past few years there have been numerous female-centric initiatives, workshops and programs rolled out across Australia to bring women into focus. In 2018, music producer Vicki Gordon founded the Australian Women in Music Awards, focusing solely on celebrating the achievements of females in music.

The inaugural event was a pivotal moment for representation and diversity in the industry, not only in terms of musical talent, but also for the hard-working women behind the scenes.

“I hope that 2018 is a red-letter year. A year that hopefully redefines gender and power dynamics in ways that are sustained generationally, not cyclically. That women will be paid equally for their labour, appointed to senior roles and supported to stay in them,” Gordon told Beat at the time.

In some ways, Gordon was right. Later that year, four female directors were inducted onto the ARIA board where there had previously been none. The amount of money granted to female musicians by the Australian Council of the Arts increased to almost 58 per cent, and festival lineups got more diverse, with Falls Festival boasting a 50:50 split for their 2018/19 instalment following an onstage shaming from Camp Cope during previous years’ event.

By 2019, Music Victoria were keeping up the good work. The organisation were implementing 40:40:20 gender splits to all MV events, introduced a women’s only mentorship program called Cultivate, continued to support their Women’s Advisory Panel and were driving forces behind safer spaces initiatives across Victoria’s live music venues, tackling sexual assault, harassment and misconduct.

We saw a female artist in the form of Tones and I smash the record for most weeks at number one on the ARIA Singles Chart, and also leave the ARIAs as the most awarded artist of the night. Events like Darebin Music Feast and Brunswick Music Festival featured diverse and inclusive lineups with strong representation for female and non-binary artists and women of colour.

Musicians like Jen Cloher, Courtney Barnett, Kira Puru, Mojo Juju and loads more continued to fight for equality in music, and 18 women were featured on The Music’s 50 most influential in the industry – admittedly a small portion, but a portion all the same.

Come 2020, and triple j’s coveted breakfast radio slot was taken over by dynamic female duo Sally Coleman and Erica Mallet, or Coda Conduct for those who know their music. Triple j also welcomed the first female winner of the annual Hottest 100, with America’s Billie Eilish taking out the top spot.

Seven of the countdown’s top ten songs were from female artists or bands with at least one female member, which is the highest number they’ve had since its inception. Two of these were also women of colour, which was even more of a win for diversity.

While these small victories are all steps in the right direction, it’s difficult to really challenge gender inequality while we’re still having to break into two separate categories for women to get the recognition they deserve.

Having an all-female awards ceremony like the AWMA is a great thing, but what we need to change is the lack of women who take out awards once they’re head to head with their male counterparts. It’s the same story with representation on the radio, or on festival lineups, or in business roles, where women fight tooth and nail for a seat at the table of major record labels.

We all know that it doesn’t come down to a lack of qualified women or talented musicians – it comes down to culture and attitudes.

The ugly truth of it is that, because the perspectives and behaviours that drive inequality are so deeply ingrained, these are really hard changes to make. The gender disparity we see in music is the same imbalance we see in society at large, and erasing it is a painfully slow process.

That’s not to say we should just throw up our hands and wait for the system to change, because that’s not going to happen unless we continue to fight and continue to implement measures that influence equality.

One of these measures, although somewhat divisive, could be introducing quotas. Having a specific number or target percentage of females that make up radio play, lineups or boardroom seats isn’t necessarily a bad way to encourage equality.

Many other industries have already introduced quota policies, and in 2011 the ASX Corporate Governance Council made it mandatory for all publicly listed companies in Australia to set and report on targets for increased female representation.

Quotas do have positive and negative aspects to them though, with many people arguing that the talent and merit of the person being employed, or musician being played, is cast aside just to hit a target.

It can bring attitudes of “she only got the job because they needed to employ a woman” but this thinking won’t be challenged until it’s forced to be, and perhaps then we can start proving that the opposite is true. By setting targets, people will hopefully realise how easy it is to fill them – and do so with a diverse mix of exceptionally talented women.

But quotas alone can’t provide a solution, they need to be implemented in partnership with reshaping attitudes and beliefs. One way to do so is through education at a more formative level, when fledgling musos are at university deciding if they want to pursue a career in the industry.

In 2019’s By The Numbers report, statistics showed that there were actually more female than male year 12 students enrolled in a music subject, and the percentage of male and female students studying music at university was almost equal. Graph sourced from ‘By The Numbers’ 2019 report

To avoid the disparity we see post-education when it comes to landing a job in music, we need to perhaps place more emphasis on teaching students about equality and representation in the workplace.

It doesn’t have to big things either; simple confidence-building workshops for female, non-binary or trans students, encouraging students of all genders to collaborate with each other more frequently, and even inviting more women with different cultural backgrounds from the industry to come in as guest speakers, to mentor their younger counterparts or be examples of what they can achieve.

These initiatives then need to be upheld or taken on by music bodies when kids are out of school, and young women are navigating the swirling vortex of the industry. In addition to the plethora of great initiatives that already exist, we need to continue creating new ones and thinking of new ways to drive women to the front, particularly women who face even more discrimination due to their cultural background or sexual preference.

Creating and fostering nurturing environments for women in all aspects of the industry is vital to push back against the ‘boys club’ rhetoric, and close the representation gap even further.

This International Women’s Day we should all be celebrating our successes, and looking towards a future in music where things like quotas aren’t necessary anymore. When women aren’t only celebrated because they’re women who’ve made it against all odds in a man’s world – but because they’re just fucking great at what they do.

Check out our list of five females killing it in the Australian music industry. 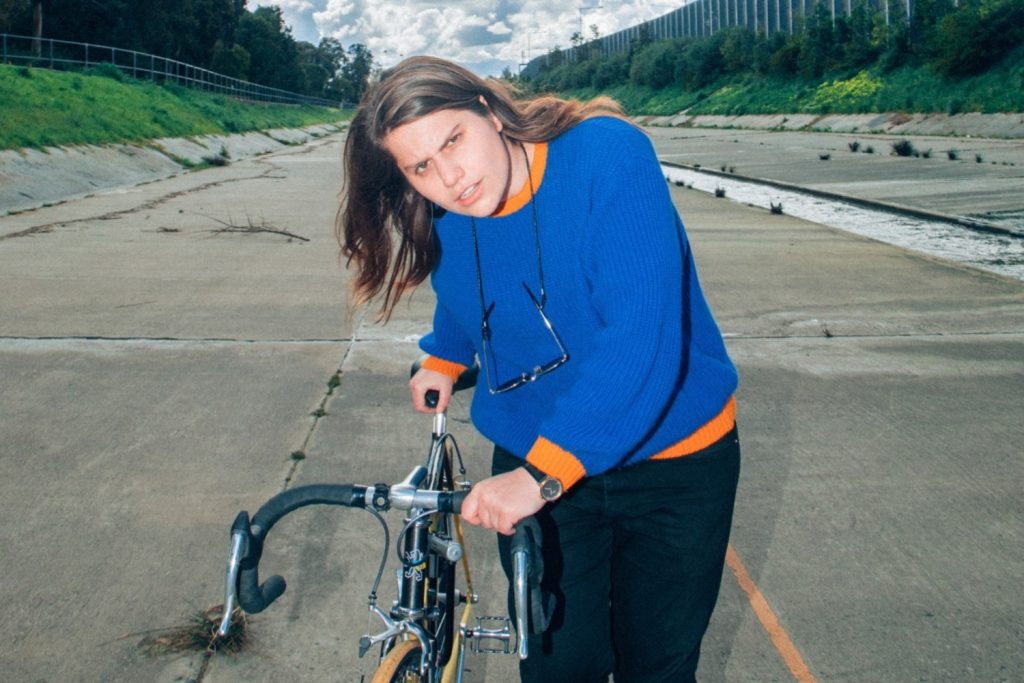