The St Kilda Festival will be making a triumphant return in 2022 and it wants the hottest bands to play a special gig at MEMO Music Hall, with a $5000 prize and Main Stage booking up for grabs.

The Festival’s New Music Competition selects six acts, which are then invited to perform live at St Kilda venue MEMO Music Hall prior to the Festival and have their performance filmed.

A showcase of their performance will then be streamed across the Festival’s channels during the Festival period from 5 – 13 February, 2022 and audiences will be encouraged to vote for their favourite act.

The crowd favourite will take home a $5,000 cash prize, as well as an invitation to perform at the St Kilda Festival Main Stage in 2023. Plus, all the artists will then have access to the professionally recorded footage of their performance and interview which they can use for their own marketing and documentation.

The New Music Competition is a celebrated part of St Kilda Festival since 2007, and has hosted acts that have become some of the country’s most notable artists including Baker Boy, Missy Higgins, Client Liaison, Bad Bangs and more.

Renowned as one of Australia’s largest and longest running cultural events, the Festival consistently attracts more than 400,000 visitors to the foreshore, so the chance to play Main Stage in 2023 is a huge prize for any promising Victorian group.

To be eligible, all members of the group must live in Victoria and be available to perform a 30-minute set of original material at MEMO Music Hall in St Kilda on 17 and 18 November 2021.

In 2022, the Festival will be expanded to a whopping nine days as it morphs into a COVIDSafe event, running between 5 – 13 February across Acland Street, Fitzroy Street and South Beach Reserve at the iconic foreshore.

Applications close Monday 18 October 2021 and late submissions will not be accepted.

For all the information and to apply, head here. 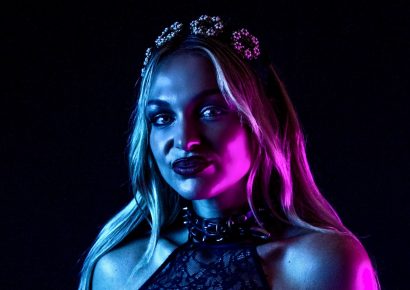 Hui.'s stunning sonic story about the adversities of mental health