Alon Ilsar is a percussionist, composer, and researcher whose pursuit of a musical practice has maintained a sense of unconventionality from its outset.

As a 19-year-old he was a member of a band that toured with a circus, whilst his peers were studying music.

“I felt like there was theatre and circus and other worlds where music can fit in a live performance. I really appreciated that I had those opportunities early on,” says Ilsar.

Having shaped his outlook on music and performance in a unique way Ilsar describes the impact this has had on him as something woven into his sub-conscious: “I think the circus stuff is more sub-conscious, but it’s there.”

He has now developed his relationship to improvisation and experimentation into an audio-visual 60-minute performance entitled Trigger Happy: Visualised.

“This show that we call Trigger Happy: Visualised is a specific set up with a camera and a transparent screen, a particular Ableton session and particular tracks and a journey through that,” he says.

The concept has generated out of the narrative that Ilsar has seen unfolding within his life for a while now.

“The narrative that I have in my head is that I am an improvising drummer – because I was really heavily into experimental and improvised music – and I was playing around a lot with the different sounds you can get out of the drumkit, exploring junk percussion and using different things other than sticks to make sounds. As well as using contact microphones to amplify that, then putting that through effects.”

Although, admittedly he describes this pursuit as something akin to many experimental drummers who similarly are seeking out ways to push the boundaries of rhythm and percussion.

“It’s a trajectory that I think a lot of experimental drummers take in trying to expand the palette of the drumkit in experimental music.”

However, in conjunction with his exploration of experimental scapes within the realm of percussive rhythm, Ilsar has regularly produced electronic music. Before Trigger Happy: Visualised came to fruition, the production wore a complexity that transcended its easily presentable format.

It was in 2012 upon the purchasing of a set of virtual reality gaming controllers and teaming up with visual artist Matt Hughes that this project began to assume form.

“At the time I was really into producing electronic music that was quite complex, but I didn’t know how to present it and perform it live,” says Ilsar.

“The music was made a long time ago with a collaborator from the Blue Mountains. When it was made, we never knew how to present the music, so this was really good to take that music that I made ages ago and bring it to life with the airsticks, the music, the drums.”

From a sonic perspective, the music played in Trigger Happy: Visualised is predominantly made up of electronically produced drum sounds. However, Ilsar states that there are also a modicum of acoustic drum kit patterns scattered throughout the performance, maintaining his affiliation with experimentation.

“They are mostly drum synth sounds, with some of the samples from the original I cut up. With lots of manipulation, extra delays, effects, panning. It’s just so clear when you do this with the airsticks. I then also integrate the drumkit on top of certain tracks.”

Despite the production of music maintaining a vital role within the idea of Trigger Happy: Visualised, Ilsar iterates that this project is overtly a multimodal expression of art. One that he hopes can provoke alternative experiences of live performance for audience members.

Ilsar is adamant that the refined curation of the show is the driving force behind achieving this, as opposed to what can at times get lost through improvisation.

“What I am trying to do is combine visuals, movement, and sound. Hopefully that is quite hypnotic, creating this concept of time travelling different dimensions at once.

“In Trigger Happy: Visualised it has come out of the music. I know the music is strong and well produced and I take elements out of that and show those off as live elements, as opposed to starting from scratch in improvisation, when you are just creating everything.”

Stitched into the makeup of Trigger Happy: Visualised are intentional analogies that echo the precision of the musical production of the show. Ilsar portrays these through the multimodal nature of the performance.

“In the show there are a lot of analogies used. But one of the analogies that is felt and kind of communicated through some of the visuals is that this idea that rhythm and pitch are sort of the same thing. There are just perceived on different levels,” says Ilsar.

Even though it is an established performance, Ilsar is continually adding marginal elements to subtly accentuate the analogies and intention of Trigger Happy: Visualised.

“The new stuff I have written for Trigger Happy: Visualised since releasing the album that fills the gaps of the show is dedicated to the relationship of pitch and rhythm and I might play a note with one hand and with the other play a note that is twice the frequency, twice as fast,” says Ilsar.

As Ilsar blazes a trail towards new frontiers of audio-visual performance, the possibilities seemingly remain abyssal.

This article was made in partnership with Alon Ilsar. 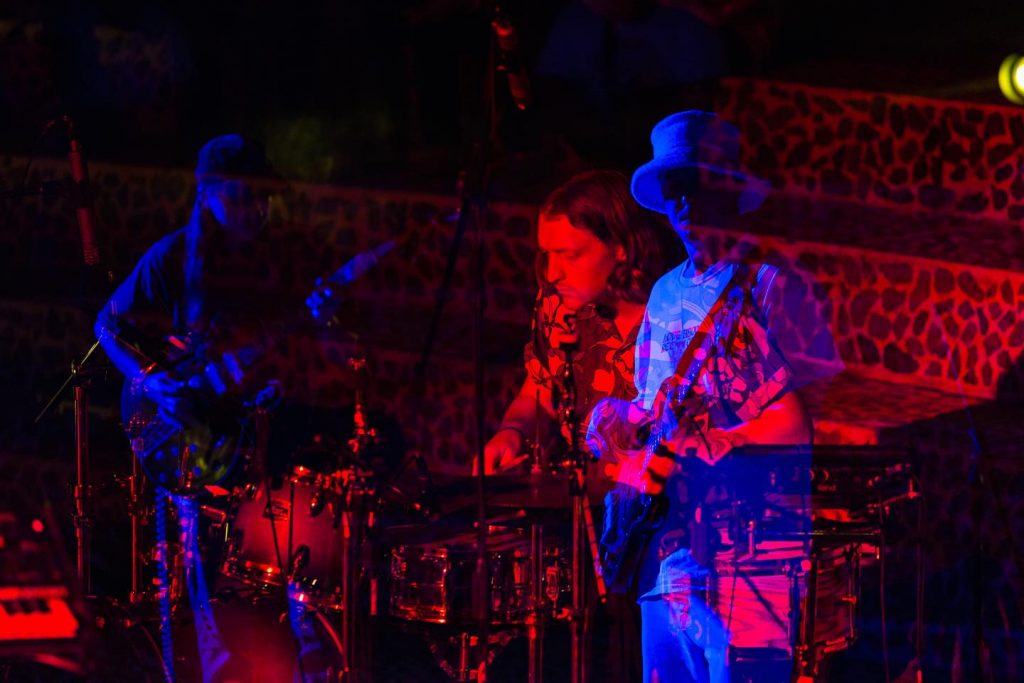