It’s no mystery that the music industry is home to some incredible female voices. A once-male-dominated industry has evolved and there are now more entry points than ever for female artists to establish themselves in music.

Following its official launch on Saturday April 17 at The Lomond Hotel, We Are Women – See Us Roar! will be on display for two weeks. Anna is also launching a website for a virtual version of the exhibition, for those who can’t come to the venue.

The exhibition is funded by Creative Victoria, and 20 per cent of its proceeds will be donated to Girls Rock!, a network of girls rock camps empowering young female, trans and gender-diverse people through music and education.

An avid listener of triple j, Triple R and PBS, Anna began attending live music gigs and discovered a love for its visual aspect along the way. She’s a regular photographer for Beat Magazine, and has been an official photographer for the Melbourne International Jazz Festival over the past five years.

“I think it’s interesting that people often say I am going to “see” a gig as I think the visual aspect of live music is an important part of the gig-going experience that is sometimes overlooked,” she says of her experience in gig photography.

From photographing gigs at small bars to festivals at big arenas, her work has also been published on The Age, The Music and Planet Arts Melbourne. Some of the festivals she’s photographed are Falls Festival, Golden Plains, Woodford Folk Festival, and most recently, UNIFY.

We Are Women – See Us Roar! launches at The Lomond Hotel on Saturday April 17, at 7:30pm. For more information, visit the event’s Facebook page. 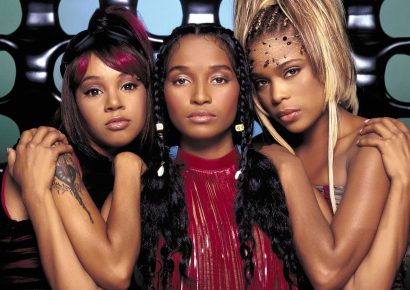 The dark tale of TLC going bankrupt in the '90s