In Shane Maloney’s introduction to the 2012 reissue of Boyd Oxlade’s seminal, 80s-appropriately despicable and dirty Death in Brunswick, he says: “Scratch beneath the hipster bars and snazzy apartment blocks, and you will find, not far below the surface, that [the grime of the book] still haunts the place–conniving, paranoid and laughing grimly up its sleeve.”

It reminds me of the last time I’d been to the Bergy Seltzer, over a year ago, in between lockdowns. It was a comedy night and among the people who got up were: a hopeless young fella who shit the bed and couldn’t remember his jokes, a trans comedian who mined her own life experiences in what was the funniest performance of the night, and some pretty drunk bloke who told a non-sequitur that ended with reference to fisting a dead possum (the resultant groans and shocked laughs were the biggest crowd reaction of the night. This writer’s response will stay off the record).

Something for everyone. A true location for the people that Brunswick used to know better, laughing more than grimly into their drinks. No bullshit, just BS.

It’s well known that the blokes who run the BS are the former masterminds behind the Brunswick Hotel [see: The Brunny], which was rudely taken off their hands after a dispute with the landlord, just shy of their 10th anniversary. So, from one corner of Sydney Road, they moved a few blocks further south and opened up their current venture.

Nashville rock band All Them Witches’ ‘Saturnine & Iron Jaw’ (choon) was playing when I spoke to “Frankie” Cudmore at the BS bar, where shelves sank under the weight of bottles and everything smelled more than a bit like mulled wine. An anachronistically old TV hung over his shoulder showing static.

“Brunswick isn’t what it used to be … it’s definitely getting more gentrified,” he starts. “But as long as they’re happy with us making noise and drinking until the wee hours of the morning…”

Point taken. And the Bergy Seltzer has the feel of a quintessential drinking hole, with a well-worn wooden bar and a homely beer garden floored with fake turf and faded black and white posters of the biggest musical acts the world has known irrespective of genre. Frankie tells me one of the main strengths of the BS is that due to its smaller size (it fits about 100) and layout, it’s warm any time of the year, and draws people from the street with ease.

“[The BS is] a lot more personal for me. The Brunny… it was loud, you weren’t really talking to anyone – especially when you’re going ‘til five in the morning. You don’t really want to talk to anyone. Whereas this is a lot more approachable. We get a lot of locals and we can have a chat.

“It’s a better challenge to get more out of your customers instead of just trying to fill the joint.”

Frankie says that the BS capitalised on the mess of the pandemic, when bigger pubs had to close down and thirsty northside wanderers were looking for a new watering hole: “Look, it’s been great. Before Christmas it was packed … It’s slowly gone back to normal.

“My opinion is everyone runs out of money. You’re still earning the same amount every week, but everyone’s gone hard over the summer.”

Monday remains a free comedy night for the Bergy Seltzer, and while Frankie, who works every Monday, can see the same jokes week in week out, he knows of the importance of these nights as “a way of expressing oneself. A lot of the comedians I know do it for their own benefit. They get a kick out of making people laugh.”

There’s also a small stage just off the bar for the wide variety of local musical acts that play at the Bergy Seltzer, a downsized version of the massive gigs that would take place at the Brunny, where Frankie actually used to work mainly as the booker. The stage blocks off the kitchen, and when it comes to music or food the choice was simple; the Bergy Seltzer doesn’t serve food.

I asked who Frankie books to play at the BS. His response? “First off, people that fit.”

Albert Steeze is an Australian singer, guitarist and songwriter. Bringing to life elements of country, folk and pop, he has released two homemade EPs since 2020. Coming from his hometown of Wollongong, Albert has began writing, gigging and busking around Melbourne, and has matured into a well-rounded mix of songwriting, expression and melody.

Pablo Naranjo’s Ecos del Frío album launch. With support of amazing singer songwriters Tony Marra and Simon Ferwerda. Come and join them for a night of great music and be part of the first live performance of the songs of Ecos del Frío.

Get lit with BIFF at the Bergy Seltzer while they launch their second tape: BIFFTAPE #2. BIFF’s brand of Skate Garage has been winning over gig-goers all across Melbourne, as well as making the rounds on PBS, RRR and triple j. Their music carries a certain nostalgic quality for many listeners, many of whom are quick to mention fond memories of playing Tony Hawk’s Pro Skater on their old PlayStation.

Some have speculated that the name BIFF is a play on Big Riff – a testament to the genre-bending riffs heard in a BIFF show that span across the dark, heavy doom of Black Sabbath, to the psych-garage freakout of Oh Sees and even the 90s bubblegum pop-punk of Green Day. Others theorise that the band name is based on Biff Tannen, the Trump-like bully from Back to the Future. Who knows, really?

BIFFTAPE #2 came out towards the end of 2021 but its launch show has been postponed various times on account of lockdowns and band members getting hit by the spicy flu. No stress though, because a date is set and the show is properly going ahead on June 24th.

Joining BIFF on the night will be a few other top-notch bands, including Krul – an outfit that accompany their ferocious Aussie punk riffs with frantic Japanese vocals. Bludger’s fusion of thrash metal, hardcore punk and classic death metal will surely melt some faces. And Scarn On will open the night with their brand of Heckle Rock. Skate. Scoot. Drift. Ride or Die!

To top it all off, The Bergy Seltzer will be slinging shots of BIFFJUICE on the night – a rare tonic/elixir that should be at the top of your bucket list of experiences. Oh, and entry is free. Sounds like a pretty sweet deal if you ask us.

This article was made in partnership with The Bergy Seltzer. 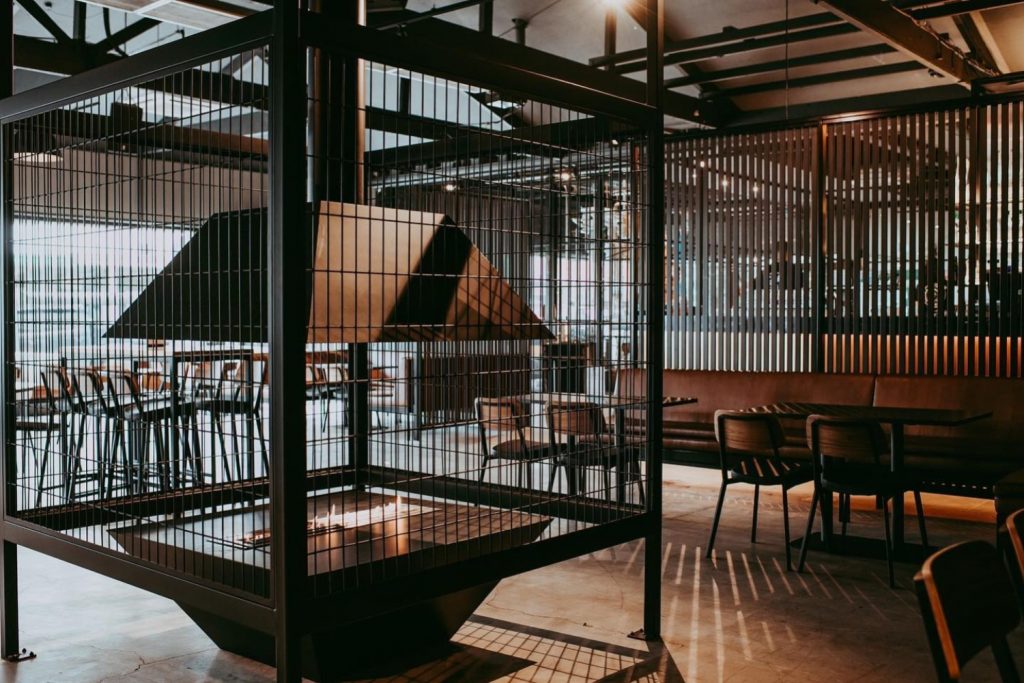 The best bars and pubs in Northcote: High Street and beyond