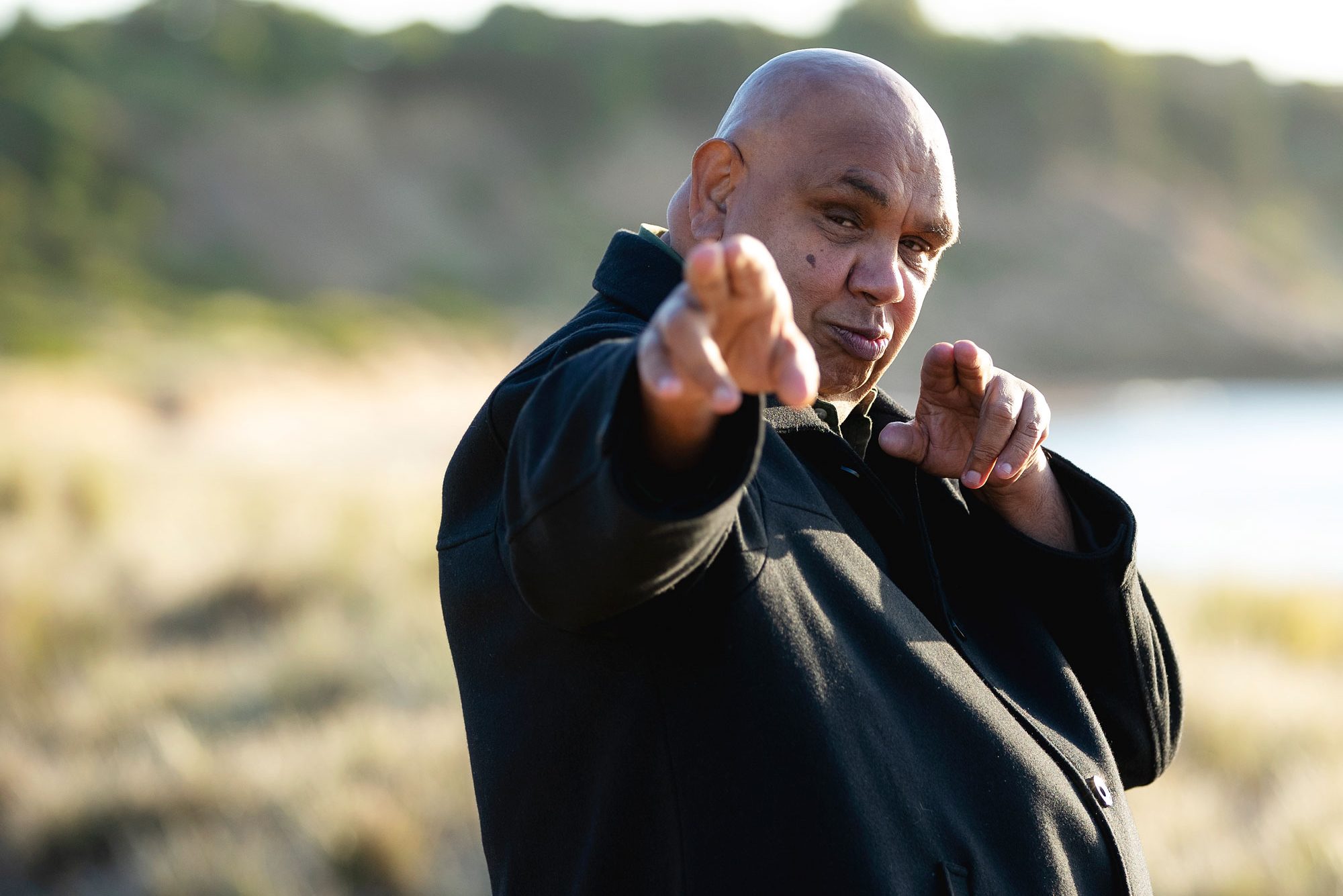 “My role in the whole scheme of things is to drop an imaginary pebble in an imaginary pond and create a ripple – that’s what it is that I do,” singer-songwriter and Mutti Mutti man, Kutcha Edwards, explains.

For his latest single, ‘We Sing’, released in September of last year, Edwards had hoped to record an actual choir in the ABC Southbank Centre’s Iwaki Auditorium.

But then along came lockdown so his producer, Andy Stewart, thought to get on the email and contact a slew of artists to contribute their back-up vocal parts remotely – from the comfort of their own homes/home studios – instead.

“Andy worked long hours collating,” Edwards extols of this engineering genius. “And then everybody who sang BVs recorded themselves on an iPhone and sent their footage to Luke McNee, who created the film clip. But that song is more than just the song itself, because it’s a message to the powers that be.”

Mixing the levels of all those separate sound files – from artists such as Archie Roach, Paul Kelly, Judith Durham, Emily Wurramara and Emma Donovan – and making it all sound cohesive can not have been an easy task.

“Andy Stewart is connected to Gotye, he’s the engineer… so he knows his business,” Edwards points out.

On the mob of voices that united to help make this timely statement about striving for justice, love, freedom and peace, Edwards reflects, “It’s not their audio that moves me, it’s the fact that they gave their spirit to that message and to me.”

He’s all about using his various platforms to seek equality for First Nations people, through music and otherwise, and it was Edwards that initiated the songwriting process for ‘Song For Elijah (Wrap Our Arms Around You)’.

The song commemorates 14-year-old Elijah Doughty, who was fatally run over in Kalgoorlie, in Western Australia’s Goldfields, in August 2016.

After the man who was driving the car that killed Doughty was only sentenced to three years in jail, backdated to his arrest on the day of the crash, protests and vigils were held across the country.

“When myself and Archie [Roach] and Emma Donovan did ‘Song For Elijah’, all we were trying to do is to send a message to Elijah‘s family that, ‘We’re with you. Even though we are over here in the eastern states, we understand. All we’re wanting is justice’ – and that’s what ‘We Sing’ is about, too.

“It’s reaffirming that our spirit walks with you; we don’t have to physically be there and go on the marches with Elijah’s family.

“And then last year, the beautiful thing about lockdown – if there was anything beautiful,” he laughs, “there was a man in South Australia who saw the ‘Song For Elijah’ film clip – he just happened to come across it – and then he went to Wantok Music.

“I think it was a dollar a hit, and that money goes directly to Elijah’s family, and this gentleman in South Australia bought 600 hits!

“Even when we recorded it at David Bridie’s studio, when Archie recorded his bit for that song we opened the door and Archie was in full tears. And we said, ‘Arch, what’s the matter, brother?’ And he said, ‘I’m sure that boy’s spirit just entered the space’.

After warning this scribe that he’s about to go off topic, Kutcha then shares another treasured memory.

“It was my 48th birthday. We drove up to Balranald for a back-to-country reunion: meaning, get Elders to welcome you back to your traditional land.

“So I sat up for nearly five hours and was just bathing and entering into this state. And then I could hear chairs being moved a couple of doors down, so I stuck my head out of the bedroom and my sister was moving a chair so that she could go have a smoke out the front of her room. She saw me and she says, ‘Happy Birthday’ – it was my birthday, right.

“So I walked down and I sat with her and I said, ‘Can I tell you something?’ And she said, ‘Yeah, what?’ And I said, ‘I’ve been up since about 3:20 this morning. I woke up and I felt this – the room was aglow, for a start, and I felt this presence in the room.’

“Now my sister has gone to that place, too, so that message is so poignant and special to me: that she remembered [my time of birth], you know? Yeah, unbelievable.”

Edwards also finds it mind-blowing that he’s recorded with “icons in the industry” such as Paul Kelly and Judith Durham.

“It’s crazy once you really sit down and think about it,” Kutcha marvels. “You know, as a little kid who was born on the banks of the Murrumbidgee River and taken away from his family, and went on this journey of discovery and experienced a different way of learning, and was denied my connection…” he trails off.

“I’m sitting looking at Balnarring – straight across from Phillip Island, back across the channel here – you think, ‘Jeez, I’ve done a bit! I’ve been around the world, but music is the key to all that; I would never have travelled around the world and performed at Sydney Opera House maybe eight to ten times.

“I remember performing there with The Black Arm Band and sitting in the front-row seats in the front of the stage was Gough Whitlam. But all these people are individuals just like I am; they’re no different than me except they haven’t been denied their rightful journey in life.”

In 2016, Edwards won the Melbourne Prize For Music as well as the inaugural $20,000 Distinguished Musicians Fellowship.

“I walked in there with $30 in my wallet and walked out with $80,000!” he chuckles. “A very poignant moment in time and my work had been recognised.

“So many people see the footprint that I’m trying to create and understand that that ripple is important. Not to me, but to people who may have never, ever sat down and had the conversation with an Aboriginal person; they love to point the finger, yet they haven’t had the capacity to say, ‘Maybe I’m getting it wrong’.

Edwards is looking forward to sharing his songline with audiences during his upcoming shows: Port Fairy Folk Festival and the festival’s joint presentation with Brunswick Music Festival.

This year’s edition of Port Fairy Folk Festival is a COVID-safe concert series and Edwards can’t wait to perform at this picturesque fishing village at the end of the Great Ocean Road once again.

“I think I’ve done ‘the Folky’ probably six or seven times in the last 15 years so!” he estimates.

Brunswick Music Festival will also bring a bit of Port Fairy Folk Festival magic to the city when the two festivals team up for a free collaborative event at Gilpin Park next month, featuring performances from Edwards, Little Quirks and Bumpy.

‘We Sing’ is our first taste of Edwards’ forthcoming album, Circling Time – his follow-up to 2015’s Beneath The Surface – which is scheduled for release in November, 2021. 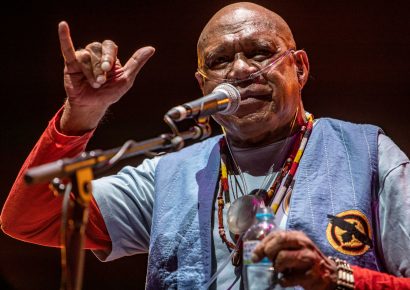