Finding it difficult to get tickets to gigs? Well it’s become the new normal in Melbourne 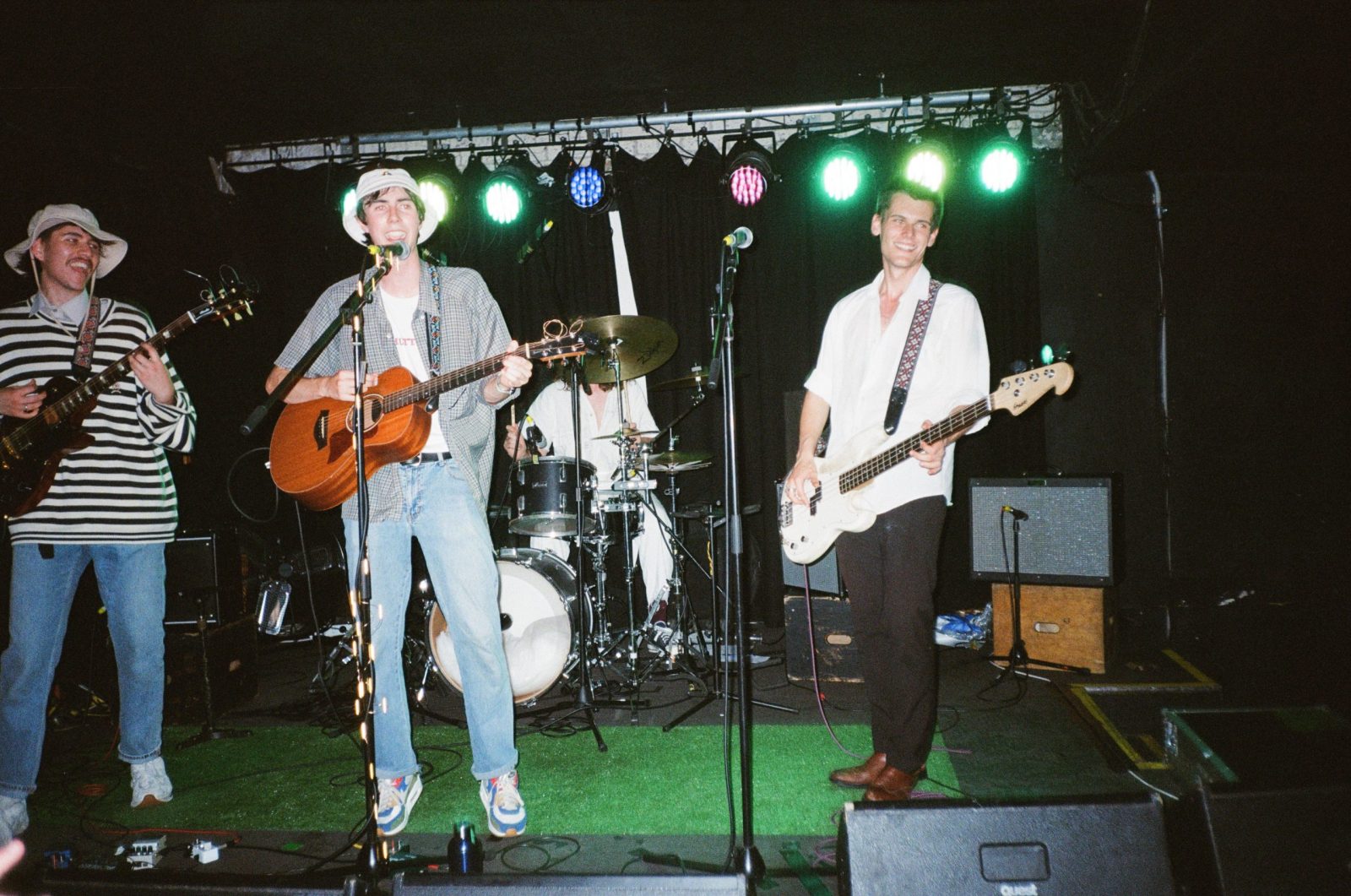 As Victoria continues the slow trek back towards normality, the live music industry is seeing a resurgence as local gigs sell-out.

It should come as no surprise that after such an anxious year, Melburnians would return to one of their creature comforts – going to live gigs – for reassurance and reconnection. It’s a revival that’s given hope for the recovery of an industry hit hard by the pandemic.

One of the acts selling out shows is Bowlos, an eclectic, indie-folk trio based in Footscray. As live music has eased its way back in Melbourne, the band has performed three shows, including a headline slot at The Workers Club in mid January.

After what was a difficult 2020, the band say they were surprised to see so many people attend.

“I think the fact that people are just willing to go out and give live music a chance – it’s incredible,” says frontman Bill Burns.

With some restrictions still in place, artists are having to play to reduced crowds, meaning tickets are more coveted than ever. This saw Bowlos perform before a capacity audience, something which not only reflects the times but also the band’s development.

“You can see how we’ve grown over time, and it’s one of those things where you don’t really realise it until you have to sit down and notice it,” lead guitarist Ryo Hatfield says.

While some restrictions have lifted, live gigs still look very different from how they used to. Bowlos’ first gig in November at Pride of Our Footscray Community Bar saw people sitting down, unable to get up unless to buy a drink or go to the bathroom. The band says even now there remains some anxiety.

“I think it’s really dramatic to see the changes in people’s attitudes,” said Burns. “But then at our last headline gig, people were moshing. People had, by the end, worked up that confidence to say, ‘Yeah, we’re ok in this space’.”

The band is hopeful that 2021 will see a resurgence for live music. Ben Sparks, the band’s bassist, believes that lockdown offered a “magnifying glass” for Melburnians to discover local bands.

“Local music is on the rise, and with people spending so much time away from it, you grow to appreciate it. There are a lot more creative projects, and I think people are more aware of creative projects within the local area,” he says.

Local independent artist Elsie Lange agrees that there is “a new sense of enthusiasm” for local music. She released her debut solo EP Talk to Me in August last year, though she wasn’t able to perform the EP live until December, where she played two sold-out shows at The Retreat Hotel.

“I think there’s definitely a new level of appreciation and a new love [for live music]. Maybe it’s the whole distance makes the heart grow fonder. We all miss it so much that it feels especially good now,” she says.

For both Bowlos and Lange, this overwhelming show of support has been meaningful, especially after a long year in which they, like many others, felt a sense of disillusionment.

“The band halted for a while, and that was probably because we’d come into [last year’s lockdown] with a lot of energy thinking, ‘Oh yeah, this will be time to get so much done. We’re going to record two EPs, we’re going to make all these videos and when we come out, we’re going to release it all and we’re going to play so many gigs’. But then lockdown happened and there were disagreements and tensions in the band,” Burns says.

“It was hard, and I had to grapple with who I was and what sort of person I would be,” Lange adds.

But with the situation improving, a new sense of hope has arrived, especially with people flocking to live shows to express their support and show solidarity with the industry. To Lange, this is particularly significant for Melbourne.

“Melbourne’s local music scene, it’s so intrinsic to what the city is, and why we love it. It’s a part of Melbourne’s culture, and I think people are really starting to see that more and more.”

Keep up to date with Bowlos and Elsie Lange via their respective Facebook pages. Farhot reconnects with his homeland on 'Kabul Fire Vol. 2'