Settling into my seat at the Forum, Clews were already reverberating around this colosseum...

There was a preponderance of reverb leading listeners down the garden path, but while the attendance was healthy there was not an abundance of listeners and the chatter fairly drowned out the actual performance. I would be keen to see these sisters as a lead act with their dreamy pop harmonies; but while the material I have ingested sparkles, this night was a challenging rabbit hole with a whole mess of echo.

A Mr Jack Botts was next in the queue, sharing a first name with another surf bro, and similarly to Johnson it turned out my aversion from his Slow Mornings and Live At Miami Marketta EPs were justified. One lyric hit me upside the head like being dumped on a reef, and the words crashed around my head like an aversion to peanuts: “She’s kind of like wine, on a Friday night / But no place I’ve been no place I’ve seen, compares to her smile”. Rather than have my allergies swell my head like a hot air balloon I went to the loo.

Ironically this trip to the facilities provided insight into the Boy & Bear fans, who seem to be some of the kindest on the planet. Every live performance is a individual experience and toilet trips usually shouldn’t be shared – but a band’s fans offer, if not a mirror, some insight – and three separate people tried to assist my voyage to the urinal. I have waved my blind stick in many a place and only in Omotesando train station did one kind elderly gentleman take my arm in chivalry. So at this point I am thinking these people are freaking saints. Does that reflect through to the band?

I returned to a continuance of the Wilbury’s that had filled the set gap after Clews as well, a curiosity of association I would handle with care. Oddly for the Forum, the headliner didn’t lead off sounding impeccable, barring a chest rumbling kick. It was cleaner than Lil Wayne’s, and it had the beater and all, but the lyrics were entirely unintelligible. The crowd were nevertheless ecstatic. This folded into a ingénue My Morning Jacket nugget, which then traversed to a joyous tambourine romper stomper. With even the bar staff nodding vigorously, it felt like some field outside Geelong right before Auld Lang Syne – an exuberant embrace of these boys ’n’ bears. The title track of their 2015 long player Limit Of Love followed, it seemed familiar in a “it’s not War on Drugs but I want it to be” fashion; which is curious as the recorded track is more reminiscent of The Black Keys. “It’s not your fault what you’re feeling, you’ve bought into that beautiful lie alright,” and what is that wonderful feeling? It’s the kick cracking your ribs. Suck On Light again made me look around for a cheese steak as it cracked the liberty bell against Bryce Harper’s elbow – but hold up, you’ll excuse my feeling out of place, but we are still not in Philly. It’s a rose tinted reminiscence lacking the cohesive baritone sax glue of ‘Lost In The Dream’ (War on Drugs), but not short of the requisite strident, bittersweet melancholy. Delusions of Granduciel perhaps, but not unwelcome.

‘Off My Head’ is also found on the strong Suck On Light with its nuanced production and detailed arrangements. After a neat Winwood-esque guitar solo it meanders somewhat and the enthused crowd goes to commercial break despite proficient guitar embellishments. It’s a little lost in the ether hence, including not one but two unintelligible drummer speeches (possibly spoken into the kick drum mic via a pillow), and a number of rhythm unrelenting which cedes into falsetto syrup. Boy & Bear snap back the attendance attention with (of all things) Chris Isaak’s ‘Wicked Game’.

Soon someone sparks up and there’s a float on the vocal like Dave Hosking tastes it too, and they transgress from fleet footed fox to a Gentleman Jim muscular whine. The crowd is still on vapours, swaying expectantly, but they’re coming round. I get it, this is one of the best sounding venues in Melbourne and yet this gig has sounded muddled right from the get go. A challenge, even for a bunch of fans this invested, and a band that seems similarly simpatico.

Perhaps it is due to the muddy audio, but it’s a pity there’s a paucity of moments that grab you by the scruff. It is certainly not their night, certainly doesn’t rise to the level of Suck On Light, and (almost) certainly not their fault. Still, praise where it is due that while reflecting on this performance I found myself inhaling the grand Pacific Ocean Blue.

‘Walk The Wire’ was a flatulent rambling blast, and I mean that in a good way, eventually lost in a wash of scented candles as the highway riff petered out. It is a finely honed song, but feels like some guitar histrionics for a live coda would not go astray. ‘Hold Your Nerve’ was the highlight of the night and, while it can seem a little clumsy at the outset with that missionary rhythm thrust, when those driving verses catch fire it’s guaranteed to light up a crowd, and it sent me hunting for the track ‘World Sick’ (Broken Social Scene). It was also likely where Boy & Bear found most clarity, even if it did still hint at outdoor acoustics. And possibly a festival stage is their best home, not to be crude but does a bear not ___ in the woods?

So while I was certainly glad to shake hands with Boy & Bear – especially the nuanced construction of Suck On Light – I am going to take a wild guess this wasn’t the tour date to write home to Ma about. After the show I briefly cruised Flinders Street out of curiosity with my ear horn primed – the best eavesdrop I copped was “It was a pretty good gig”; a not quite halfhearted summary which to my ear expressed similar caveats to those that I felt.

Listen to State of Flight here. 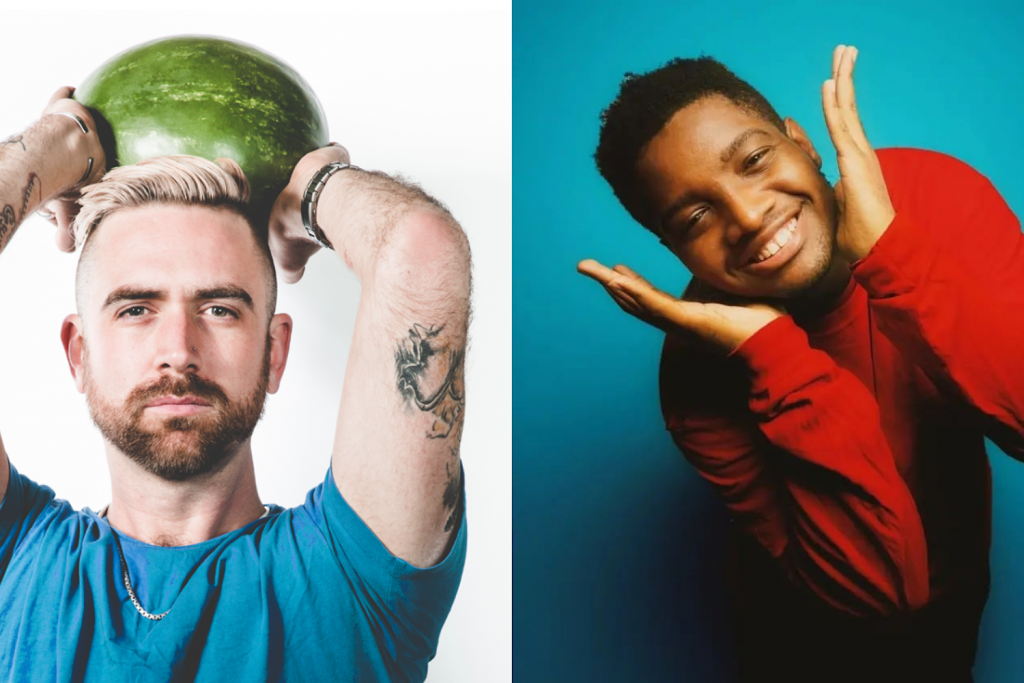 'Ghost Orchid': The Geelong acoustic duo are ones to watch